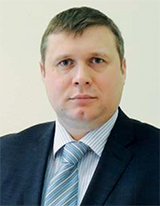 To put imports phase-out into practice, manufacturing companies and trade associations must take the lead in replacing foreign imports with domestic production.

ENELT Group Co. Ltd. was established in 2007 to provide customers with a full range of power supply services and equipment, and is focused on efficient development of domestic production. The primary customers of the company are entities operating in telecom, electric power, and manufacturing sectors.

Aleksey Kremer, Chairman of the Board, ENELT Group Co. Ltd., tells about the challenges faced by Russian businesses today.

- Mr. Kremer, your company has successfully established itself on the market, it keeps growing and evolving. What is ENELT Group today?

- We are an engineering & manufacturing company. ENELT Group has two manufacturing facilities in Moscow and Kazan which include engineering centers for low voltage electrical switchboards (LVES), uninterruptible power systems, climatic cabinets, and storage batteries. Moreover, we have sales divisions in Alma-Ata, Novosibirsk, St. Petersburg, Moscow, Kazan, Minsk, and Stavropol. ENELT Group was built from the ground up, it has developed considerably in the past seven years, and the team increased from two to 150 people. ENELT Group outputs products to the amount of 1.5-2 billion rubles annually. At the same time, our solutions are configured for an optimal price/quality ratio. Our motto is "High-quality, fairly priced solutions". We have been supporting this principle in all these years, so we always set prices below, or (at least) equal to those of competing businesses while consistently delivering high quality products to customers.

- So what's it like when ruble is losing ground while foreign currencies are going through the roof?

- Difficult but not hopeless. We have always been doing what has come to be called "import substitution". Now we further consolidated these efforts, in line with current trend towards increasing domestic production and the most recent resolutions adopted by the government.

- Did the devaluation of ruble influence the prices of your products?

- Sure. But it wasn't as bad as it could've been. Ruble was devalued 70%, while we raised prices by no more than 30%. We managed to limit price increases due to high value-added domestic component parts and seamless engineering solutions provided by ENELT team.

We have quite a few proprietary solutions, because most of our specialists are MPEI graduates. Apparently, this is very important: our team has extensive academic knowledge multiplied by critical thinking and problem-solving skills. That’s why they can professionally communicate with companies on technology topics at any level.

Importantly, our product policy initially focused on in-house manufacturing (products of ENELT Group account for more than 60% of the Company’s sales), so currency fluctuations affected us less than businesses that are geared towards imported goods.

- What does the Company do now?

- The key trend is electrical energy accumulators based on Li-ion batteries. We and our customers believe this line of business is a promising activity. We started working in that direction two years ago, and had since developed a number of viable solutions for industrial and telecom businesses, as well as for electric utilities. In particular, in December 2014, we have completed a unique project for Sakhaenergo OAO: Russia's first ever modular power plant was built in Batamay, Yakutia, combined with solar panels and electrical energy accumulators based on Li-ion batteries, as part of renovation of an outdated diesel power plant. The design and renovation were carried out by ENELT Group. I believe that in May we’ll get to know how effective energy accumulators are in this environment. I am sure that for such localities as Batamay, cut off from regional networks and heavily relying on "northern delivery", where the average price people pay for electricity is about 40 rubles per kWh, energy accumulators provide a solution to all the major issues associated with minimizing the cost of diesel fuel, uninterrupted and cost-efficient power supply, promoting local production, and improving living standards.

- The efficiency of energy accumulators and viability of investments in this area are yet to be researched, so now pilot projects are implemented at small sites. Suppose you found out the energy accumulators are not really that effective, what should you do? Quit your business?

- I believe, well, it's not just the energy accumulators. It is more about managing them effectively. A smart strategy to manage energy accumulators hasn't yet been fully developed, and many companies are concerned about this issue. For one, a large telecom company intends to launch a project involving the use of 10000-15000 Ah accumulators in several regions of the country. We were commissioned by them to develop solutions and products for this purpose. This is a very important matter. No manufacturer in the world has ever worked on a project of this caliber. But we intend to proceed in that direction, bringing in the leading national expert teams.

- What other challenges you are facing right now?

- In 2015, we set out to completely switch to in-house capabilities, to develop process chains involving domestic producers. The Company does not plan to bring new productive capacity on stream, still we intend to manufacture independently parts and components that were previously imported from the West (rectifying devices, UPS, lift-truck batteries, etc.). We would like to apply the concept of flexible assembly area to our company.

- Wouldn't such policies affect the quality of products? I mean we overindulged in imported products for years.

- At first meeting in this year, ENELT Group managers and specialists noted they just never realized how much they rely on imported products. We convinced our team to embrace the domestic component parts only at the third meeting. So, phasing out imports is not an easy task. However, we will eventually make difference. And when we talked, we also identified new domestic partners willing to meet our expectations. I am referring to adequate equipment, technologies and staffing. Our plants are able to produce high- technology products of good quality. Domestic manufacturers are clearly undervalued, that's the thing. The reason is, I believe, they still haven't learned to reach the customers, to position themselves in the market, and to build a strong, reliable relationship with their business partners.

- Before leaving the interview, I'm going to ask you about the recent corporate conflict involving your company.

- As you can imagine, I'd rather not dwell on that shady episode. Suffice to say, luckily, an attempted illegal takeover of the company was halted. That was the first time I ever believed that our law-enforcers and courts really work. We did get out of this mess thanks to the stellar professionalism of judges, as well as the balanced national law. It's all OK now!